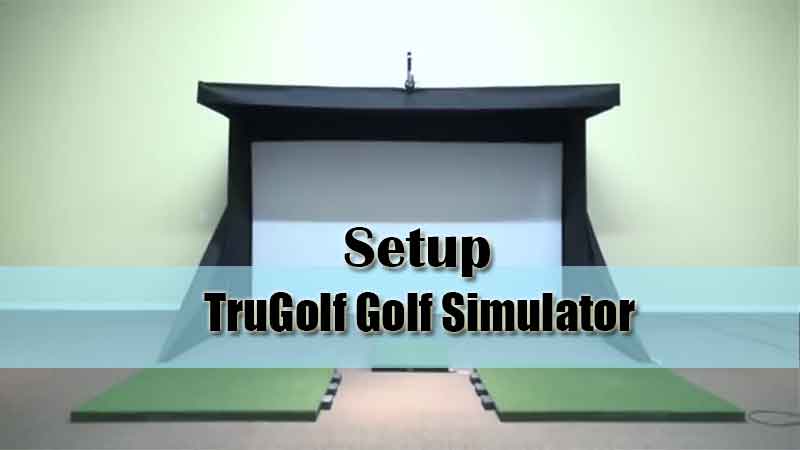 Setup TruGolf Golf Simulator – We’re going to begin the installation of the TruGolf simulator. TruGolf Golf Simulators utilize high-speed camera technology to capture Ball and Club Data for each shot hit on an indoor golf simulator. The photometric launch monitor, combined TruGolf’s golf simulation engine, recreates the unique physics of the game of golf. After each swing is taken in a TruGolf Simulator, the software provides an in-depth analysis of all Club and Ball Data, in addition to the virtual reality gameplay. The proprietary software engine, E6 CONNECT, features LiDAR Scanned recreations of world-class golf courses, accurate within centimeters of the real-world counterparts.

Locating the three acoustic sensors, and these sensors may be in sleep when you receive them. Go ahead and remove that, and set them aside. As we are not going to need them for this installation, and then we are going to locate three long wires, and these wires are the wires that the acoustic sensors attached to. And you will notice that one is longer than the other. The longer of the three wires is the center wire.

Then we are going to actually place the acoustic sensor into a loop in the top canopy and place point the front of the acoustic sensor towards the screen. Please be very diligent, and do this properly, as failure to do so will cause miss reads with the simulator. And now, we can go around to the back of the studio once again, and start feeding the rest of the wire underneath the screen.

If we do not plug these incorrectly into the sensor pad, your simulator will not read correctly. We will go ahead and slide the last acoustic sensor under the side panel, and we will place it in the loop as we did on the other side, ensuring that the acoustic sensor is facing towards the screen.

Next, if you haven’t bought a computer with pre-installed software, you’re going to install the software. Now, put in a disk in your computer, and following the on-screen instructions. Please don’t forget to place the USB product key dongle into a USB port in your computer, and it must remain there at all times while you’re running the E6 software what’s the software has been installed.

We do have to make one note, if you do recall during the studio installation that there are variances in the distance, the projector may be away from the screen for a variety of reasons. And if that’s the case with you, if your distance is different than the studio instructional, we’re going to have to go into the software and change some settings.