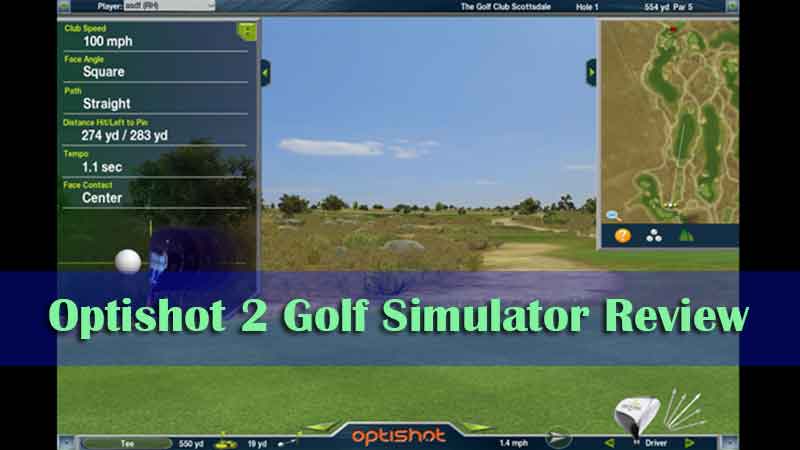 Optishot 2 Golf Simulator Review – Recently, we had a pretty big snowstorm come through Oklahoma, a week and a half ago. So, it took a while for everything to melt. I haven’t been able to record anything or get any on the course. But, I have something new for you. Today, we’re going to do the review. My review of the Optishot 2. And for those of you who have not heard of it, it’s an in-home simulator, very affordable for a simulator. I think it ranges from 399. I think most simulators are 12,000 to 30,000.

So, for somebody who’s just trying to swing the club, and in the conditions that I’m given, in the winter, it’s definitely a no-brainer to be able to set it up, and hit some shots. As far as my review for it, it’s fairly good so far. I’ve really enjoyed it. It didn’t take long to set up the computer software, just went to the link in the box that it told me to go to hit download on my computer, and it downloaded.

I don’t know 50 courses on my computer. So, I can go in and play, and they also have different memberships. You can join for  4.99 a month that gives you even more options and more courses to play. Optishot also has online features, so you can go and play with people from all over the world which is cool. So, you’re not just pounding balls in the garage by yourself, you also have the ability to play courses, play with other people, play close to the pen, or just go to the range and hit balls, just like you’re going to your course and hitting balls. 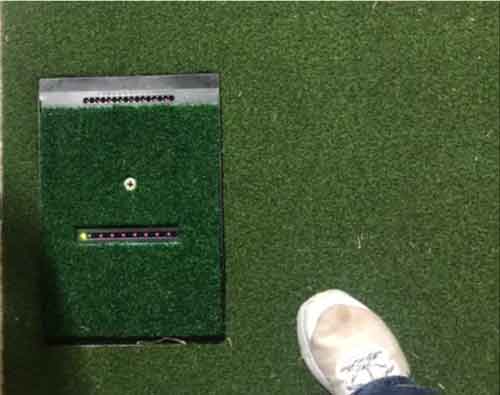 This Optishot kind of allows you to hit no-ball like because it just takes the face angle, and kind of your swing speed, and determines where the ball is going to go, or you can hit foam balls which is what I do try to keep the noise down, or you can hit real balls. It doesn’t really matter. It picks up all three, so far I really enjoyed it, and I’m going to hit some shots for you.

This is kind of my setup, just kind of a general basic setup. I didn’t have a whole lot of room to set a whole bunch like a cage up, and everything else. So, I have a 17 screen from home depot, it’s just a plain tarp plain white tart that you would put over anything outside to keep it out of the rain, nothing fancy, hung it up to the ceiling, and then behind it, I have a net 10 x 7 net. I got off amazon. 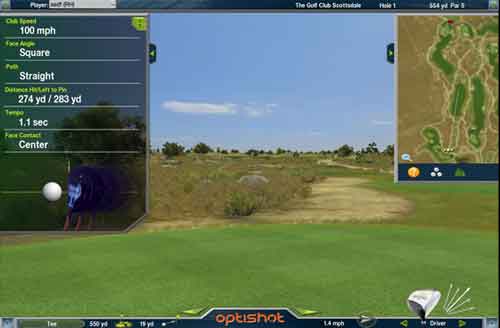 So, really nothing fancy to it. A little bit of carpet, and then, there’s the actual Optishot simulator. We’ll go forward with hitting some shots after I show you kind of the general setup. So, here’s what the actual Optishot setup, comes with it’ll give you this pad, and you can see the sensors on the back and the front. There a lot of people order upgraded turf to go on because this turf’s pretty thin. I haven’t had any issues with it so far, but I’m probably eventually going to upgrade the turf.

How does it work?

So, how this works? There’s a little USB plug right where my foot is. Since I’m left-handed, I have to run it under the mat, and it runs back and plugs into my computer. I have my little foam balls here. So, that’s what I fire into this tarp I have, and then I run it all to through my computer, and my computer’s plugged up into a projector that I got from Walmart. So, try and I tried to do everything I could to keep the cost down.

The next thing I’m gonna do is, I’m gonna hit some shots. So, it’ll pop up on the screen, as you can see, this is what the screen looks like. Once it’s lit up, and the projector is going, I’m gonna hit some shots. So, here we go, a little bit longer there hit, it’s pretty solid though. This shows I hit the center of the clubface, actually, that one’s a slight toe could have been. Let’s try again, there it is, sit all right, not bad 19 feet from the bin hit, center of the clubface, 81 miles an hour speed hit, it 183 pretty close to my 6 iron. 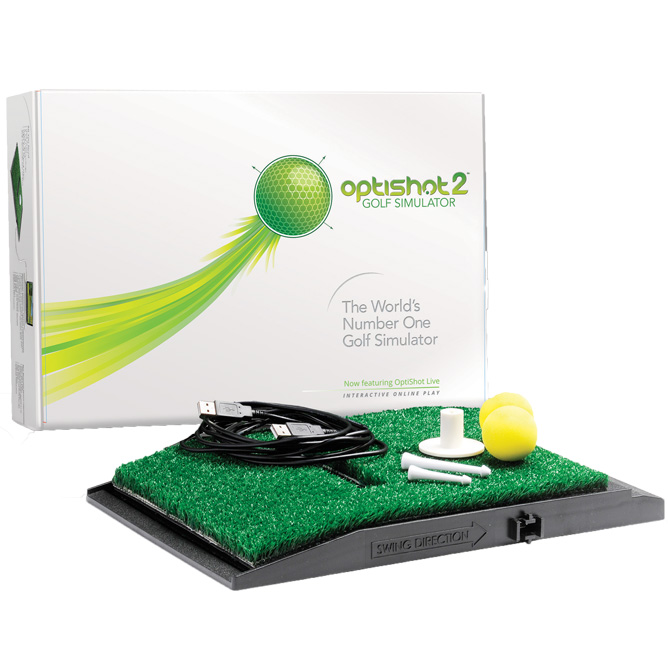 OptiShot 2 Golf Simulator
Price: $399.95
The OptiShot2 Golf Simulator’s enhanced design has increased accuracy and swing tracking on every club in your bag, including the unique woods and drivers of today. It requires no big set-up or big expense.
Buy Product
View On Store

So, all in, all from what I’ve been seeing, it’s pretty accurate. You can go in and type in your average distance for every club which helps, and then also calibrate it before with all your club’s help. One thing I did have trouble with was my driver. The driver since the bottom of my driver is black, the sensors didn’t read it very well. So, I had to put a little bit of white tape on the bottom, so the sensors would pick up the club going through and that seemed to work.

So, I’ll hit a couple more, see if I can improve, and get a little closer. All right 18 feet, not bad. So, I mean pretty consistent, inside 30 feet. The majority of the time here. So, gonna keep playing and improving, and getting a little bit better each day that’s the goal anyway. I see it is a tool that I use for a long time, or at least until I can upgrade to something even more high-tech at some point. But that’s going to be a long way from right now because this is very affordable for me versus everything else.